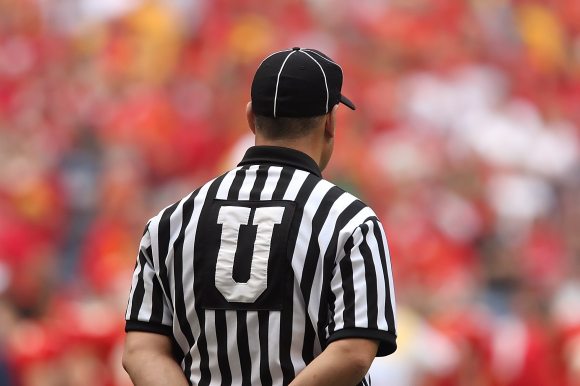 I have written before about the importance of whistleblowers as a prime tool for detecting and discovering fraud. The ACFE’s 2018 Report to the Nations states that 40% of frauds were discovered through a tip from a whistleblower. This is, by far, the most common way in which fraud is uncovered. At 15%, internal audit came in a distant second. That’s huge. It is important to note that, in a business, a whistleblower can report wrongdoing in many areas – dangerous weaknesses in the design of a product, dishonest marketing and anything else going awry in an organization.

The history of the whistleblower in America dates back to the late 1700s when ten members of his crew and 2 citizens reported Esek Hopkins, the nation’s first commodore, for torturing British prisoners of war among several allegations. Hopkins was suspended and, in turn, retaliated by having the whistleblowers arrested. These whistleblowers appealed to the congress claiming that they were “arrested for doing what they believed and still believe was nothing but their duty”.  Congress responded by creating the country’s first whistleblower protection law. I love this story because it covers the entire whistleblower cycle. First, we have people seeing behavior that they believe is wrong and then taking steps to report this. We then have authorities taking action on the reported wrongdoing. We see the ugly side of things when Hopkins retaliates, something that, unfortunately, happens too often when whistleblower complaints are filed. Finally, we have whistleblower protections, as lawmakers recognize that it is important to have a system in place that protects those who call out what is wrong.

Sadly, this was not the moment when the world realized the importance of the whistleblower, holding the role in an esteemed position, where whistleblowers would be lauded and admired for all time. Instead, over time, in all spaces, including the movies, whistleblowers were given a bad rep and uncomplimentary labels like “snitch”, “informer” or “rat”. Instead of being admired for uncovering wrongdoing, whistleblowing was viewed as violating a sacred code of silence. We were being told that it was better to be a criminal, stealing money, jeopardizing people’s livelihoods and sometimes even their lives, than to be the person shining the light on all of this. We found ourselves in a space where, yes it’s terrible if someone runs off with your money or turns a blind eye to safety in a product, in pursuit of profits, but it is so much worse if someone tells us about it.

In 1971, Ralph Nader, the famous consumer activist, made it his mission to remove the tarnish from whistleblowing. He described whistleblowing as “An act of a man or woman who, believing that the public interest overrides the interest of the organization he serves, blows the whistle that the organization is involved in corrupt, illegal, fraudulent, or harmful activity.” He worked tirelessly to put a positive spin on the word whistleblower and as people view the role more favorably, whistleblowers can be better protected from retaliation.

We should recognize that it is not easy to be a whistleblower. Most people have a level of loyalty, if not to their job, then definitely to their colleagues. When they see fraud or other wrongdoing happening, they are torn and conflicted and often hope that they are wrong. Most of us like the people we work with and may know about their families and may even socialize with them. The second last thing we want is to find out that a coworker is perpetrating a fraud, only because the last thing we want is to be the person reporting this. At times, people will leave a job before they report a fraud. Other times, a person will keep quiet, hoping that someone else takes on the burden of reporting the fraud. It is a heavy emotional burden.

This is all before a whistleblower has to consider possible retaliation for reporting that wrongdoing. Many people fear losing their job or being ostracized after blowing the whistle on fraud. Unfortunately, sometimes these people are correct. At times the retaliation will not be overt but can happen in insidious ways where those retaliating try to find loopholes and legal ways in which to push a whistleblower out. When this happens, any other potential whistleblowers can be scared into silence. We tend to find out about this retaliation when a fraud is uncovered and we discover that, perhaps for years, others had tried to report the fraud but were fired, ostracized as people who were not team players, or treated as though they were insane for suggesting such a thing.

With these things in mind, it is paramount to business leaders and all others to act to hold whistleblowing as a positive action and to encourage and protect whistleblowers. Unless you are a leader perpetrating a fraud at your organization, why wouldn’t you want a whistleblower in your midst? Here are a few steps you can take to make this happen:

We are in the midst of football season and many fans are very upset with referees right now because it seems they are not making calls that they should, and they are letting players get away with things that lead to what fans view as unjust outcomes. If we feel this strongly about referees blowing the whistle on bad plays, shouldn’t we be bringing at least the same level of passion to blowing the whistle on wrongdoing in businesses and other organizations?